Wildfire and Your Property

Living in Southern Oregon has changed a bit since I moved here 21 years ago. Cycles come and go for sure, but let’s face it, we’ve been in a drought for a long while now, and the regional population density has certainly increased. We’ve got a perfect recipe for homes to be destroyed by catastrophic fire and we all know that is a reality. Just a year ago the Almeda Fire and others had a devastating effect on our own Rogue Valley. These fires are certainly much more destructive than in the past. Temps and winds are hotter. There is no denying that our climate is shifting. Shifting how in our region? The jury is out, but it hasn’t been a good reflection on our summers. The Biscuit Fire of 2002 was a shocker. That fire burned 500,000 acres in the Rogue River National Forest. 500,000! I couldn’t believe it. The Rogue Valley was socked in with smoke for, what seemed, the entire summer. Today, fires like this are common. As of this writing, four days ago, the Dixie Fire burning just to our South has consumed 960,213 acres and is currently only 65% contained! These fires are getting hotter and harder to battle. Hotter temps, drought conditions, and extreme summer winds are making wildland fire way worse that it has been in our past. Add to all of this, we are building out our lives more and more in what we call the wildland interface.

I lived in the Greensprings for a decade on Soda Mountain Rd. Our home was basically at the top of the Tyler Creek drainage where there are many homes. Summer winds travel directly up that drainage so strongly that it would tip over empty glasses on our deck. Yes, the view was breathtaking, but always in the back of our minds was ‘what if someone made an innocent mistake with fire below us?’ Or ‘what if there was a lightning strike below us?’ These concerns caused me to get involved with the Greensprings Rural Fire Department in its infancy. I wanted to help my community in a fire event and other emergencies. Together, the community has built up an amazing, and ever improving department. My company, Integrity Building, built the firehouse in 2008, and an addition a couple of years later as a volunteer and donation effort. In 2010, we moved to town to be closer to our children’s schools and activities. Once again, in the back of our minds was, ‘at least we are safer from wildfire now.’  Well, the recent Almeda fire sure put an end to that confidence. No doubt, urban wildfire is a thing.

What does this new fire reality mean for us?

For starters, new building codes have been adopted in the city of Ashland, and regulations are getting stricter at the county level. Being a custom home builder, I’m part of the local Splinter Group, which is a group of Ashland builders, architects, realtors, engineers, landscape designers, and other industry professionals. We engage in the Ashland, and Southern Oregon community about design and construction related topics and offer a scholarship program to Ashland graduating high school seniors looking to pursue construction and design related fields. We had a chance to review some of these proposed changes before they were implemented at the municipal level. While some of these new codes seemed a bit harsh, I was a believer with my fire background. Do these new rules mean higher cost for your new home or remodel? Yes, but realistically, not much. These small cost increases are really not big, and they affect only a small portion of the overall line-item cost of your project. After the Almeda Fire, these changes suddenly became a lot more important! One of Integrity Building’s recent new custom homes was the first to get permitted under these new codes, and the first to get the final inspection. Chris Chambers of the Ashland Fire Department was on site to perform the final inspection for the new fire codes. Chris and I are long time friends. Always a true professional, he really held my feet to the fire, so to speak, and failed our final inspection! Why? Our landscape contractor had accidentally put the incorrect bark mulch too close to the home in a small area. A quick swap out (we used pea gravel instead) and the project had approval.

Ironically, this was a few days before the Almeda Fire catastrophically swept through our valley. As many of us were, I was glued to social media for updates. A local’s amazing live video of his journey through the fire area on his bike opened my eyes wide. At one point he stopped and got a close-up video of landscaping on fire next to a home that was still intact. He reported that the fire department had just been through and dowsed water on the landscaping, and he himself had stopped to tamp out flames earlier. He zoomed. Sure enough, it was the exact same bark mulch that we had been called out on by Chambers! Talk about feedback! These codes are important. We need all the info and implementation we can to make our communities safe from the ever-increasing threat of fire.

Reach out to us for more information on making your new custom home compliant and more fire zone safe.

The city of Ashland has plenty of resources available for new projects and existing homes as well. Check the Firewise program here: http://www.ashland.or.us/Page.asp?NavID=2825

PrevPreviousWhat’s Going On With These Lumber Prices? 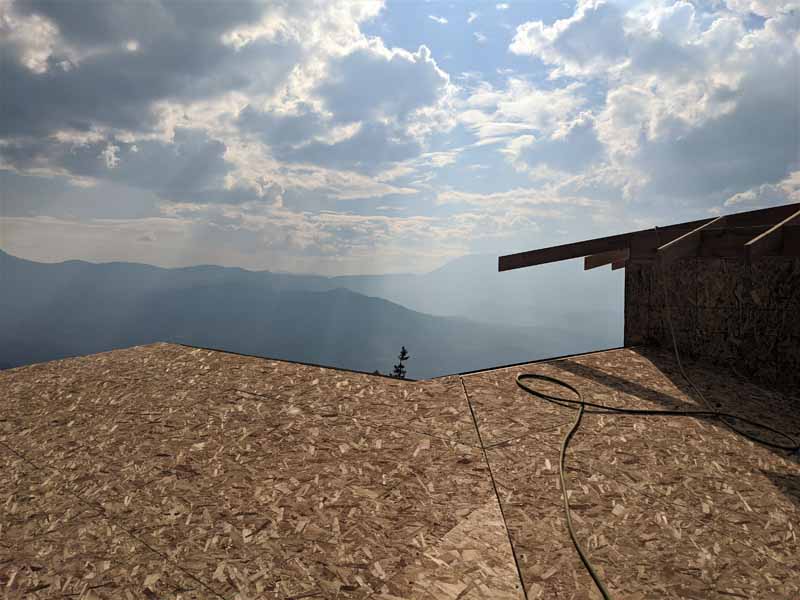 What’s Going On With These Lumber Prices?

Just like all the other good news in the world that we currently get bombarded with, a reoccurring story on the sidebar is the exorbitant 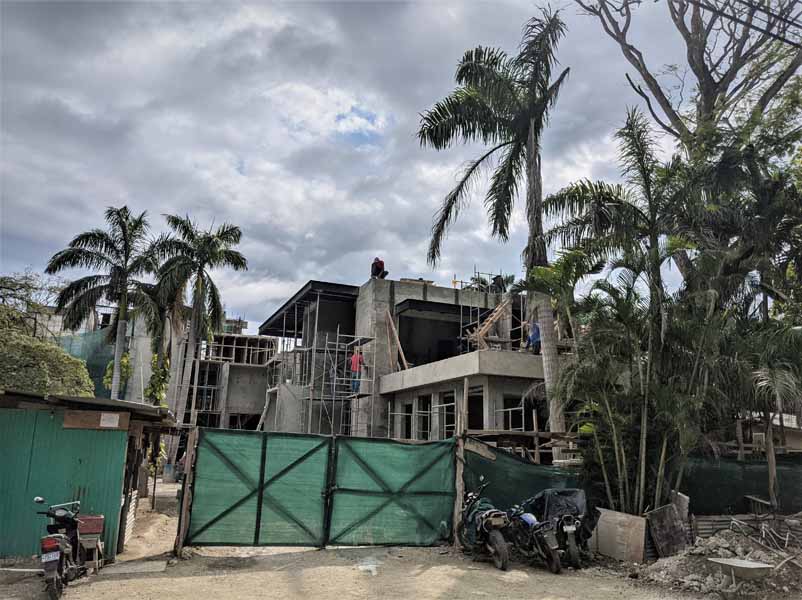 Being a custom home builder in Southern Oregon, which takes a lot of focus during projects, I continually look forward to breaks in the action.